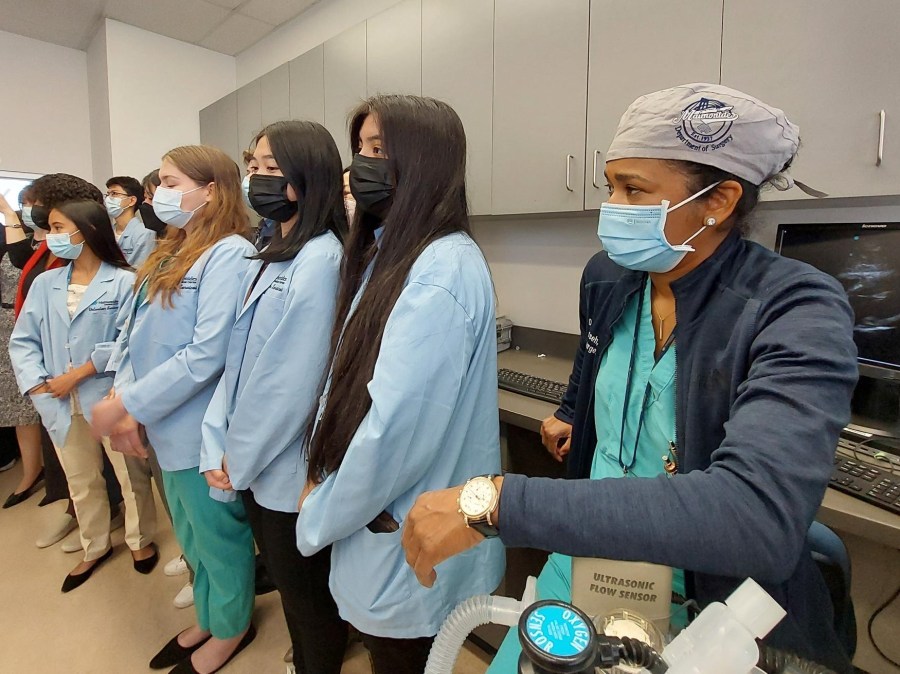 (NewsNation) — The skills students learn during summer jobs are not just helpful for their future careers, they also help reduce crime. It’s one reason communities across the country are formalizing programming aimed at summer youth employment.

Boston resident Virginia Lathrop is in her second summer as part of the city’s summer youth employment program (SYEP). The 19-year-old a paid intern at a local architectural firm called Bergmeyer, where she is learning the ins and outs of architectural design.

“It’s definitely…not the type of internship where we’re running to get coffee or anything,” she said. “We’re basically getting paid to learn, the stuff they’re teaching us is super cool. We’re learning the basics of software and programs that we’ll probably need in the future if we pursue careers in architecture. So stuff like 3D modeling, photo editing. We get to shadow architects on calls, meetings, and site visits.”

It’s Lathrop’s second summer interning at the firm; both internships were arranged by the Boston Private Industry Council (PIC), one of the organizations in the city operating SYEPs.

PIC recruits young people to its programs by, among other things, placing career specialists in schools.

At these US colleges everyone works and there’s no tuition

“Having the career specialists in the high school to basically meet students, encourage them to apply, helps us target some students that may be less advantaged and wouldn’t be able to access these opportunities on their own,” said Joseph McLaughlin, the Director of Research and Evaluation at PIC.

Across the country, cities use SYEPs to employ teenagers and young adults in meaningful work over the summer. Research has shown that SYEPs significantly reduce youth involvement in crime during the summer of the program, and sometimes that benefit carries over up to a year afterward. For example, in New York City, SYEPs decreased the likelihood of arrest by more than 12%.

Northeastern University economist Alicia Modestino has led studies of SYEP programs in Boston that allowed her to dig deep into why the programs are effective. Using pre- and post-program surveys, she found that the reductions in crime are tied to improvements in soft skills.

“So things like, managing your emotions, resolving conflicts with a peer, asking adults for help, feeling like you have something to contribute to your community are all considered super highly correlated with a reduction in crime,” she said.

SYEPs also often serve low-income young people who would have had difficulty in obtaining a summer job otherwise. Research looking at these programs in New York City, Chicago and Boston found that between 80 and 90 percent of people offered slots in an SYEP program were offered paid employment during the summer of the program, compared to somewhere between 20 and 30 percent of those who weren’t offered a slot.

Could 0% interest student loans be better than $10,000 cancellation?

“I’ve been very grateful that they’ve all been paid opportunities,” Lathrop said. “I think that’s kind of essential to how beneficial they are for students because it makes these programs realistic and accessible to all high school students…I think an unpaid internship would’ve been less accessible because then one would’ve had to choose between having a job to support themselves and having an educational internship.”

New York City’s SYEP has been in place since 1963 — long enough to where the Department of Youth and Community Development, which runs the program, is helmed by commissioner Keith Howard, who was an SYEP participant as a 15-year-old in the Bronx.

One-hundred-thousand young people are participating in youth jobs programs this summer, with 90,000 of them working through the city’s main SYEP program and 10,000 working through other city agencies.

Some of those young people are working at Maimonides Medical Center in Brooklyn, New York.

“I see them all over the hospital, and I think it’s fantastic….they are such an unbelievable help. And I wish we had this program all year round because it’s definitely made the hospital better, the patients are happier, the nurses are happier, everyone is benefiting,” said Dr. Tiffany Lu, who works as a resident physician at the hospital.

One reason Lu is enthusiastic about the SYEP program is that she did it herself as an 18-year-old in 2013. She was stationed at the very same hospital she works today, working in the volunteer department.

While SYEPs have been associated with reductions in crime and in some cases improved academic performance, there isn’t much evidence that they improve overall rates of formal employment for most participants after the program ends. SYEPs also have to be carefully designed around participants’ needs.

“It’s not easy to put on a high-quality jobs program,” Modestino said. “We’re not just warehousing kids into jobs. These are intended to be meaningful employment experiences.”